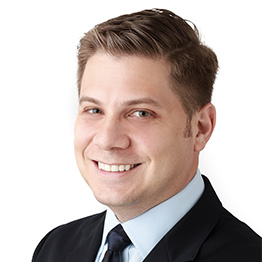 Chris Corsini is a dedicated and effective attorney with deep roots in Central Jersey. Prior to joining our firm, Mr. Corsini served as Deputy County Counsel for Somerset County from 2010 until 2013. In that capacity, he handled a wide variety of transaction and litigation matters on behalf of the taxpayers of Somerset County. In addition to his service to Somerset County, Mr. Corsini has represented private clients on a diverse array of matters. Mr. Corsini clerked for the Hon. Yolanda Ciccone, Assignment Judge of the Superior Court in Somerset County. He also served on the leadership staff of Assembly Minority Leader Alex DeCroce, assisting the assemblyman in both legislative and constituent matters. Mr. Corsini has experience in government at the federal, state and local levels.

Mr. Corsini is a graduate of Franklin & Marshall College and Seton Hall University School of Law. He has served a variety of civic organizations, including the Somerset County Library Commission (which he has chaired since 2017), the Bridgewater Township Open Space Advisory Committee, Court Appointed Special Advocates for Children (Somerset, Hunterdon and Warren Counties) and as an attorney-coach of the Bridgewater-Raritan High School Mock Trial team. Since 2014, he has been a member of the District XIII Fee Arbitration Committee, a subsection of the New Jersey Office of Attorney Ethics that fosters fair, efficient, economical and expeditious means of resolving fee disputes between clients and attorneys with the goal of fostering public confidence in the legal profession. He is a 2015 graduate of Leadership Somerset, Somerset County’s community leadership program.

WE ARE HERE TO SERVE YOU DURING UNCERTAIN TIMES

In these difficult times, our attorneys and staff remain available to serve all your legal needs. As the pandemic spreads, the citizens of New Jersey will need help – not just with medical issues but also with legal issues including employment issues, business operations, bankruptcy development and estate planning. This is just the tip of the iceberg and our firm stands ready to serve all your individual and business needs.

In times of crisis, lawyers help. With our strong group of dedicated professionals, we can make the biggest difference for people in dire situations. Call us today 908.526.0707 to see how we can help.